Thank you all so much for your support, kind words and lovely comments to my last post. I still can’t believe it has happened so to celebrate I will be hosting my 1st GIVEAWAY! Please see the end of this post for all the details of a fabulous giveaway sponsored by Pelzmann.

In the meantime, I’d like to share with you a ‘OMG! I think I’ve died and gone to heaven’ cupcake recipe.

Now I know what you are thinking but seriously trust me the cupcakes are really really delicious.

I didn’t tell my husband it was vegan, I just let him try it to get his honest feed back and honest he was – he loved them! When I told him what the ingredients were he was very surprised that it tasted so good. Now I’m not saying that vegan dishes do not taste good but you know what I mean 😉 I even tried it out with my father-in-law who screws his nose up every time he hears the word ‘healthy’ and pumpkin is not one of his favourite vegetables. He thought it was one of my usual cupcakes, he ate it contentedly and his feedback was ‘the cupcake was EXTREMELY good!’ Needless to say he had more than two. As you can imagine I was doing the happy dance 🙂

I stumbled across this recipe through the blog A Cherry on Top all things vegan. I don’t know what it is of late but I seem to be coming across all things vegan. A girlfriend of mine who is not vegetarian or vegan is trying out the raw vegan diet, I’m meeting people who are vegan, I come across a lot of blogs that are vegan………….

So when I came across Maria’s blog post ‘Triple Pumpkin Cupcake aka Steirer Cupcake‘ I just had to try it.

I changed the recipe slightly hence the change of name too. Maria’s recipe calls for grated pumpkin and if you are anything like me who is really lazy I substituted the raw pumpkin with finely grounded pumpkin seeds and normal oil with Pelzmann’s pumpkin seed oil. 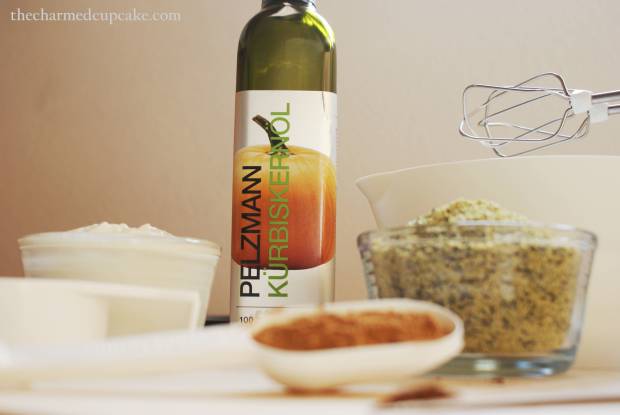 Ingredients for the cupcakes

Ingredients for the frosting

Tip: Before you start baking the cupcakes I suggest you start doing steps 1 – 3 of the frosting first. That way whilst you wait for the mixture to cool you can busy yourself with cupcake baking. 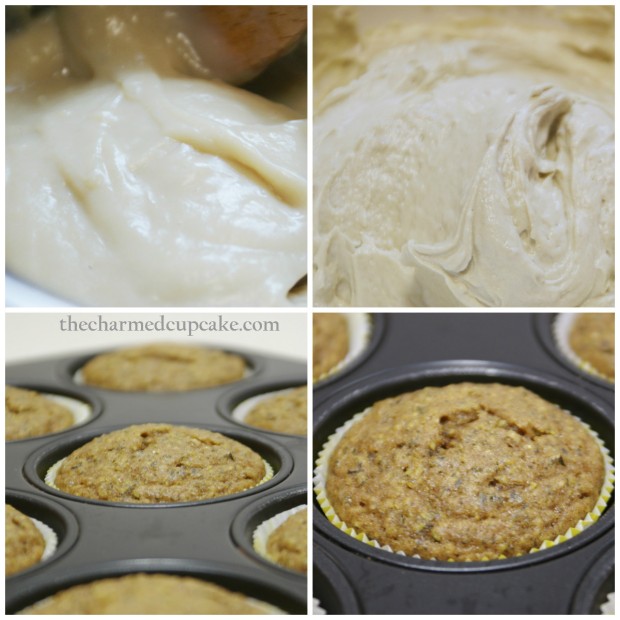 When I was spooning the batter into the pan I had a fear that they would be more of a muffin rather than a cupcake. But that first bite just took me straight to heaven. These cupcakes were so delicious! They were soft, fluffy, light and moist – the texture was just right. I can’t explain it, you really have to try them for yourself 😉
So there you have it, my take of Vegan Pumpkin Seed Oil Cupcakes baked using one of Austria’s best culinary delights – Pelzmann pumpkin seed oil. 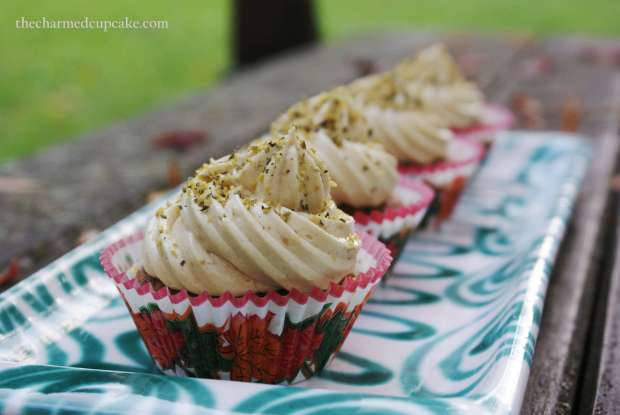 And now for the GIVEAWAY!

I received some great news and a fantastic package from the company Pelzmann since the release of my article.

For those of you have seen my post Kernölgugelhupf – Pumpkin Seed Oil Bundt Cakes you would have noticed that I used Pelzmann pumpkin seed oil in the recipe. Pelzmann is a family owned and operated business. They are the market leader of pumpkin seed oil in Austria and their products meet the strictest of European standards.

Upon seeing my post and realising that pumpkin seed oil is not so readily available in some parts of the world, Pelzmann and I were in contact.

Pelzmann has kindly and very generously sent me a couple of bottles of their fine pressed culinary pumpkin seed oil for me to giveaway to you – my readers!

The lucky winner will receive the following:

To enter for a chance to win this giveaway, leave a comment below telling me how you would use pumpkin seed oil.

The giveaway is open until Wednesday, 17th October at 23:59 CEST.

The giveaway is open internationally. Be sure you leave a valid email address when making your comments. The Winner will be chosen via random.org and announced on this post on Friday, 19th October. I will email the winner and if the winner does not respond in 48 hours, a new winner will be chosen. The giveaway kit will be shipped by The Charmed Cupcake, please allow approximately 14-20 days for international delivery.

WINNER ANNOUNCEMENT: Congrautluations to Mich Piece of Cake. I hope you will enjoy the pumpkin seed oil as much as I do.
Thank you to everyone who entered.

Disclosure: This giveaway has been generously sponsored by Pelzmann, postage covered by The Charmed Cupcake.